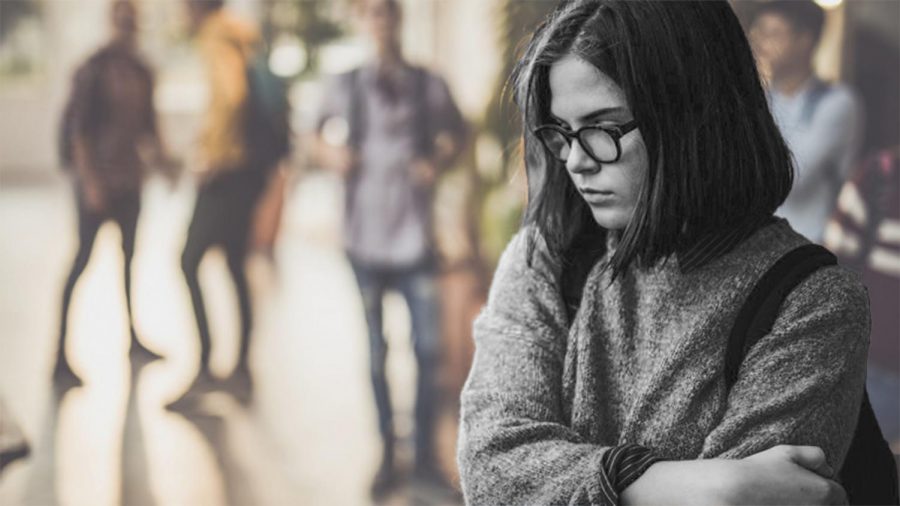 Every start of the school year, a dress code is presented to students. And every year, the same grievances and criticisms are brought up.

This year, students took issue with the school introducing the dress code on the basis of maintaining “professionalism.” After reviewing the policies, a lot of the responsibility to keep up a certain environment is placed on young girls.

Dress code guidelines have been growing in criticism over the years for their general infringement on student expression, but also because they sexualize articles of clothing in the name of  “removing any distractions from the classroom.”

Here is the GISD Dress code policy for all students

The idea of professionalism

Using ‘professionalism’ to prepare us for the future as the reasoning behind dress code policy is faulty.

When looking at higher education, most college campuses have little to no dress code. Students are able to wear clothing they prefer, from pajamas to party wear. College tends to be the future for many students, so preparing us to be professional for an environment that just doesn’t require or need such a thing isn’t fair. The same, however, cannot be said for workspaces.

With the exception of workspaces that have designated uniforms for everyone to wear, dress code policies at work are still a common thing. However, these professional environments that schools want to prepare us for have received much criticism as well for the clear prejudice against women.

Anti-discrimination laws are supposed to prevent policies that directly impact women at work, like requiring they wear makeup, high heels, and/or skirts. However, in federal courts, as in the case of Jespersen v. Harrah’s Operating Co., courts allowed the employer to require makeup as they ruled it didn’t directly impact women. Many agree that it most definitely does. Dr. Janet Ainsworth, a professor of law at Seattle University, studied 73 workplaces who fired an employee based on dress code violations. Her findings showed that workplaces wanted women to look ultra-feminine. And jobs were cut as a result.

The culture our schools want to prepare us for feeds into another world of guidelines. The same ones that have been challenged in court precisely because of their ineffective argument to  restrict what people wear, and how that disproportionately impacts women in the workplace.

The campus dress code’s policies are said to take away any ‘disruptive… mode of clothing,’ making it hard to know what exactly that means. However, below the policies, there exists a lengthy list of descriptions, measurements, and other restrictions on feminine clothing, clarifying that the term “disruptive clothing” is directly related to girls’ clothes.

By signaling that it is what girls wear that causes disruptions and distractions, the dress code sends the wrong message to all students. It makes young girls feel like their body isn’t theirs. Saying it is the clothing a girl wears that ‘tempts’ others makes it seems like any inappropriate behavior is the girl’s fault. This only further perpetuates rape culture by placing the responsibility of others’ actions onto women. Rape culture, a term coined in the early ‘70s, are ways in society that blame victims of sexual assault while normalizing inappropriate behavior from men, granting them immunity.

University of Richmond Law Professor Meredith Harchbach, while speaking to the New York Times about a paper looking at sexualization and public school dress code, cited that while policies target young women, they also deflect the conversation about “appropriate mutually respectful behavior in schools between boys and girls.”

Shoulders, knees and legs are not inherently sexual. Yet, as discussed by Professor Harchbach, our oversexulaized society makes it ok to label them as taboo.

Impact of dress codes on students

Although there should be a dress code policy that sets a general tone across the district, policing feminine clothing makes clothing something that teachers and administration have to actively look at, and something that girls have to actively be weary of. Clothing guidelines for schools shouldn’t be to maintain a professional environment, but rather a comfortable one, keeping kids focused on learning and interacting with peers.

Open terms (like “modest” and “acceptable” in relation to skirts, shorts, and certain shirt designs) allow teachers to weaponize dress codes that humiliate young girls and in fact, create a bigger distraction — leaving the student in a classroom in which they are uncomfortable because a teacher deemed their clothing inappropriate in front of their peers.

Since enforcing these rules requires human judgement, which is prone to flaw and inconsistency, it makes certain policies harder for certain students to find the clothing they want and can wear.

Clothes fit differently on different body types, making some rules, like tight fitted clothing, harder to wear for curvier girls. With countless online anecdotes, as well as ones from students on our own campus, being taller, curvier, etc. makes them feel more targeted since the basic dress code is based on a default that doesn’t look like them. Is it surprising that a dress code is faulty when the student body has various physiques and heights?

Furthermore, students with disabilities do not have full accessibility to make sure they can adhere to all policies while being comfortable and happy with what they’re wearing. Making things like leggings a problem restricts comfortable clothing that is also easily accessible. The problem of accessibility also means that low-income students are at a greater disadvantage with the limited choices to clothes, making it challenging to come to school without being dress coded.

The punishments for these rules make an even greater impact on the learning experience for students. If a teacher decides that certain clothing isn’t acceptable for their classroom and a student can not immediately change out of it, they are sent to a reassignment room. For something from a skirt length a bit too short to a sleeve measuring less than two inches in width, students are pulled out of learning for an indefinite time during the day.

What this means for our future perceptions

Many of these policies reinforce gender stereotypes on what authorities think students should act like, and what they expect us to wear depending on binary gender norms. For example, part of the dress code policy doesn’t allow boys to wear makeup, nail polish or earrings. This invalidates the different aesthetics students enjoy, and limits transgender students who want to use clothing to further express their identity.

In the end, dress code policies uphold the idea of objectifying girls based on their clothing, stripping them of autonomy over their bodies and how they present them.

Dress code policy must be equal for all students no matter the gender norms. If girls can wear makeup, jewelry, and skirts, so can boys and non-binary folk. But the larger issue at hand must be addressed.

The language we use when presenting dress code policy impacts the way students view others, especially how young girls perceive themselves. Dress codes for ‘professionalism’ make young girls accommodate to others’ comfort levels. It shouldn’t be that way.