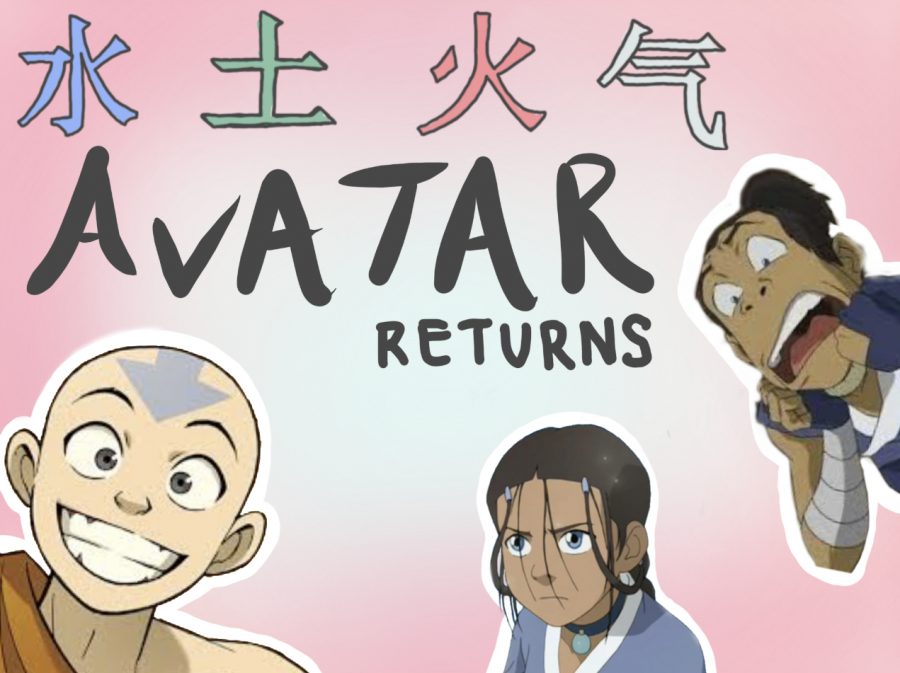 On May 15, Netflix finally added the popular cartoon “Avatar The Last Airbender” to its catalog, giving fans a new show to binge.

The jubilant show follows two siblings, Katara and Sokka, in the wake of a war-torn civilization as they lead Aang, the avatar, on a mission to save the world. The alternate universe is made up of four tribes based on the four natural elements: water, earth, fire and air. Some of the people in the tribe are able to bend elements.

As the fire nation rises to power, posing a threat to the four tribes’ welfare, Aang has the power to bend all four elements, and with the help of new friends, he leads a journey to bring world peace.

The beloved animation was part of the Nickelodeon franchise, but ended in 2008  after three seasons. Many fans were angered by this by the show’s ending. It had drawn a large audience and, for kids like me, provided an exhilarating cartoon that shaped much of our childhoods as we immersed ourselves into the avatar world, pretending to bend elements of our own.

Michael Demartino and Bryan Konietzko, the writers of the show, were  East Asian culture,  Chinese art and religions such as Hinduism, Buddhism, Daoism and Asian mythology.

The groundbreaking soundtrack was composed by Jeremy Zuckerman and Benjamin Wynn and is a significant piece to the show as they experimented with various instruments and sounds to emphasize the Asiatic theme.

Past the obvious attention to detail, the show itself explores many important, social issues that are rather absent in other children’s animations. Topics of imperialism, totalitarian rule and gender discrimination are just some of the themes discussed.

As children, watching the show became an escape from reality where our bodies, so connected to the world, could manipulate our world’s natural compositions. Watching the show now provides a sense of nostalgia of free will and imagination that, as life went on, slowly became diminished.

Beyond the nostalgia it brings, the story of Avatar is an incredible show with an immense amount of creativity and effort as a hard-hitting and frankly, nerve-racking, finger nail-biting storyline is told with humor, tragedy and action. Although made for children, the show has a high level of maturity and quality production.

In times like this, where teens across the nation are away from friends and isolated within their homes, a throwback show like Avatar diverts us into a world where we can feel in control of our destiny as feelings of hopelessness washing away as the words “Water. Earth. Fire. Air” takes us back to much simpler and carefree times.